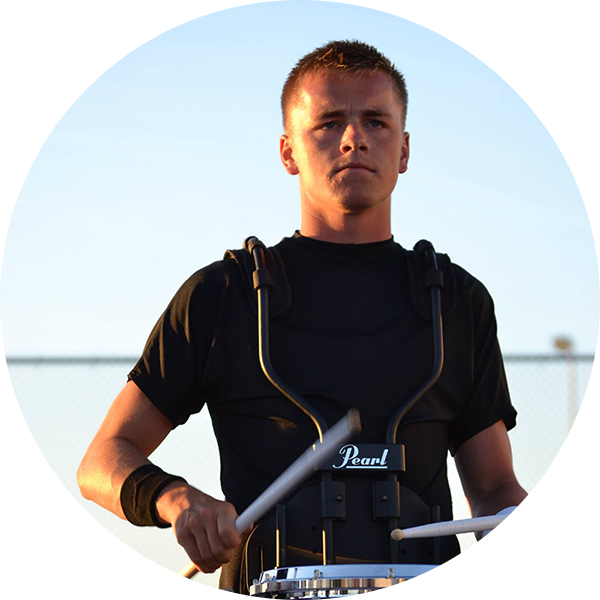 Ryan has been actively involved in the marching arts for 10 years. As a performer he was a part of many successful ensembles including; Rhythm X, The Bluecoats Drum and Bugle Corps, The Blue Devils Drum and Bugle Corps, and Spirit of Atlanta. As a designer he has designed musical and visual packages for multiple schools in the Ohio area. He is currently the percussion director for the Lebanon School District. He also designs and directs the Indoor Drumline for Lebanon High School. Ryan is currently the Battery Coordinator for the Crossmen Drum and Bugle Corps where he has spent the last two summers.

In 2017 Ryan launched the Marching Arts Society, an online music lesson platform for anyone interested in taking their musical ability to the next level. www.marchingartssociety.com