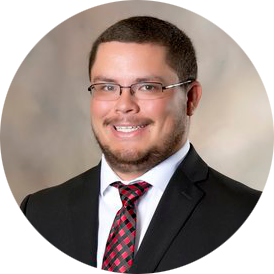 Casey Lockard has been involved in the marching arts since 2007, first as a performer, then progressing into director and designer roles. Casey graduated from Circleville High School in Ohio in 2011, where he became the Assistant Director in 2014, and still holds this position.

Outside of the marching arts, Casey earned a Bachelor’s Degree in Middle Childhood Education at Ohio University Lancaster, with a minor in Music. He enjoys spending time at home with his family and dog, Dexter, as well as traveling to amusement parks across the country in his free time.